Dennis Rito: Can you provide a short background of yourself, your photographic practice? Why you do what you do?

Benjamin Füglister: Although I was never trained as a photographer, I focused on photography since the age of 10 during my studies, practically and theoretically. What always intrigued me was the influence of the photographic media on our society and its immediacy. I also like the fact that photography has a very broad audience due to its broad appliance in everyday life.

DR: You mean people can easy relate to photography as they are used to the media, right?

BF: Exactly, even though photo literacy is not very widely spread, people feel very comfortable dealing with photographic images. They are not afraid to express their thoughts on photographs unlike
i.e. paintings, which make it easy to evoke discussions.

DR: How did you come up of doing the Expat project?

BF: When traveling – especially in the Philippines – it is unavoidable to meet them. The tanned western guys that seem to live what oneself calls a vacation. Being a Swiss expat in Germany myself, talking to them made me curious of how they end up living the way they live and what their dreams and dilemmas were and what challenges they encounter.

DR: Can you share what the impetus behind the project was and the challenges you encounter?

BF: In the western world, living in a tropical country on an island for relatively little money is conceived paradise. Having met expats earlier, I had the feeling that they did not live the life they had in mind when they left their countries. I was personally curious to find out whether I could live my life as an expat in the Philippines and what challenges and dangers were. Starting the interviews it was unexpectedly difficult to find expats that were willing to participate and especially be photographed. It seemed that they were not necessarily proud of their way of living. Many were suspicious towards my interest in their life and did not see the point in giving an interview to someone that was not from the press or did pay any money. Some did not believe there was no hidden agenda and therefore rejected.

DR: Your subject’s suspicion towards you conducting an interview with fellow Expats sounds ironic to me as a Filipino. Though I too have experienced that, but as compared to the locals, Filipinos in general are more trusting and quite friendly. Where do you think their suspicion is coming from?

BF: I believe being an Expat in the Philippines is quite difficult to understand why anyone is interested in their life. It takes a lot of abstraction to understand that one can see more than just the physical appearance of a person in general. I know that leaving your own country to go and live in the Philippines often is a kind of an escape and therefore one might not be interested in reflecting on how one really ended up at the place and the way one lives. The reason to emigrate was often to get away from too much control and surveillance by society in their home country.

DR: Do you originally envision your project to be shown in any other formats? Or were there anything you encountered along the way that made you decide to publish your project in book format? In any case, what are they?

BF: EXPAT was always planned as a book. In my work I always know from the start in what way it will be presented in the end. This is very important as it influences the way of working tremendously. During book presentations I also show prints 100 x 70 cm to contrast the passport size format of the book.

DR: Are there issues that have a great deal of impact on your work? What are they?

BF: I am usually motivated by social issues. It interests me to learn how people live and what their motivation is in life. My projects are always motivated by the desire to understand concepts of minds.

DR: I noticed that your Expat project was in monochrome is there a particular reason for that?

BF: By doing it in monochrome I intend to equalize the first sight appearance of the portrayed.

DR: I would like to relate your project in the context of the current labor export the Philippines is engaged in. While Overseas Filipino Workers (OFWs) and Filipino migrants leave the Philippines for economic reasons, I too wonder, why Expats decided to settle here in spite of our country being classified as a “third world.” Any insights on that?

BF: As a westerner one is always confronted with that question in the Philippines. I guess the human kind is always longing for what it does not have. Therefore western people decide to settle in the Philippines. We feel attracted by a life with seemingly less rules and boundaries. There appears to be more space for ideas and businesses and the pressure of earning money to survive is lower. Conducting the interviews with expats that moved to the Philippines by their free will other than expats employed by multinational companies in the Philippines or working for embassies taught me that it can be very different from what one might think it is.

These western men usually did not work in the beginning but after a few months or sometimes even years they realize that living in a country and being a tourist are not the same. It is very likely that one ends up in poverty as one is no longer just a guest but has to integrate and learn about the Filipino culture and mentality. Being an expat myself, I can easily relate to these issues even though the differences are smaller yet they still follow the same pattern.

DR: This is not to compare, but it seems that the Expat project has a close parallelism to Isadora Tast’s project titled “Mother India- Searching for a Place.” Aside from the project treatment and execution, I wonder how was your work differ with hers?

BF: We followed different approaches in different countries portraying differently motivated expatriates. I tried to isolate the persons from their environment as much as possible and give the reader of my book the possibility to imagine the environment by reading the interviews I conducted. I also portrayed single persons and not families as I believe the result of the interview is a very different one. Isadora’s project is more a documentary work focusing on portraits of expatriates in their environment. She follows a more poetic approach.

DR: I heard you’ve been preparing for an upcoming exhibition in the Philippines this year. Can you share what is it all about?

BF: Yes, I am preparing for a show in Manila. EXPAT will certainly be a part of it  I am always eager to have feedback from the people I photographed and to see how the counterpart – in the case of EXPAT, the Filipinos – react to my work.

DR: Lastly, can you share some personal insights in pursuing personal photographic projects?

BF: In my case projects are born during a process of many month when I research and talk to people about some rough idea that is reshaped through this process over and over again. And then all of a sudden it is time to convert the thoughts into images. Usually one project leads to another. In the case of EXPAT the foregoing project was REMEMBER, which I started in 1999. So sometimes it can even be years not just months before a project comes to an end. 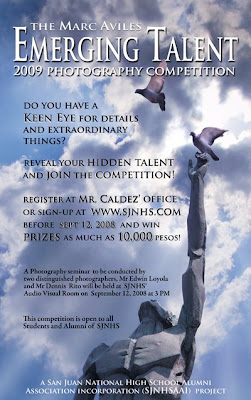